A couple of weeks ago I woke up and went out in the garden for my usual morning relief and it had gone all white! It was snow! It is the first time I have seen REAL snow on the ground. But I am a clever fellow so after I tasted some of it, ok, ok, a lot of it (Did you know you can eat snow, you can’t eat sea snow). I just did what I needed to do and came back in for my breakfast. After breakfast Arran suggested we do zoomies in it, so we did! Dad told us not to tread snow into the carpet though.

Then Mum got up and Squiggly was still asleep so we went out for a walk to the beach, just the three of us. Walks are always so fun! There were only a couple of other people out walking dogs and the people all chuckled to each other.

It was pretty cold!

But mostly I just run around really fast everywhere so I didn’t get too cold and Arran has all that furs, he is soo fluffy right now, when we play biteys I get his fur all the time. I don’t know what it is about the snow but it just makes you has to zoom!

Mum said it wasn’t very good snow, it was too powdery to make snowballs, but we had a go at catching some. 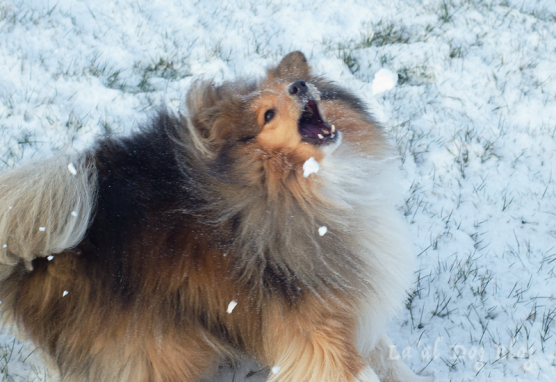 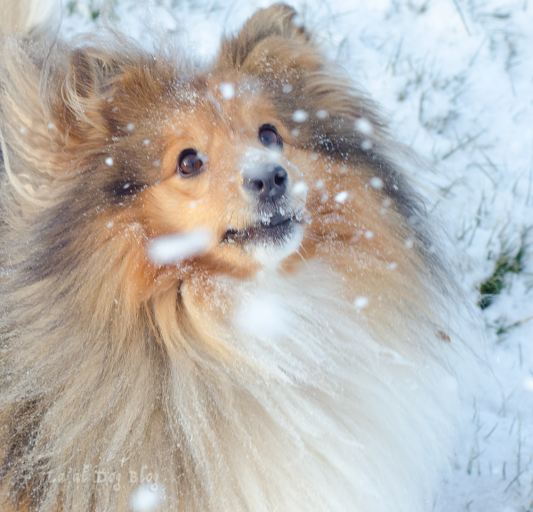 It was still pretty windy and snowy so we didn’t stay out long, but we did get some photos of the headland. Someone else stopped to take photos of us too and Arran barked at him I said ‘hello’ because I am sociable. Also, I like to put my paws on people, only, I’m not really supposed to. but I know they like it because they all make that fun squawky noise. Especially if I have just been in some mud.

Mum says the snow doesn’t usually settle on the coast so we best make the most of it whilst we can. Although most people don’t seem to like snow. I just don’t know why?

It keeps on snowing, but just a little bit. Just enough to make the roads all slippy and tricky, but we have everything we need. For some reason England doesn’t do very well with snow. I guess only children and dogs really enjoy it. Not Squiggly though, he has a cold so he’s not allowed to play in it with us. But maybe we’ll get some when he’s a bit bigger and better at throwing things?

I hope we get more snow! Maybe I could do swimmings in it?

Published by Arthur and Arran

We are two dogs living in the Uk with our Owner person Dee and our baby human. View all posts by Arthur and Arran

Join 27 other subscribers
Follow The La'al Dog Blog on WordPress.com

My canine adventures on the Munros

Tails by the Sea

Something Wagging This Way Comes

An Amateur's Musings on Dogs and Their People

Collies Of The Meadow

The Lives Of Our Beloved Collies

A single woman of a certain age maneuvers the rapids of life with the help of her companion animals.

No Dog About It Blog

It's all about dogs!

The life, times and adventures of a small town dog

Day to day dilemmas of a dog living in the 1st world.

Fun, Fury and the Furrily Fabulous

Musings on what I enjoy about dogs, crochet, birds, and life.

Dog is God in Reverse